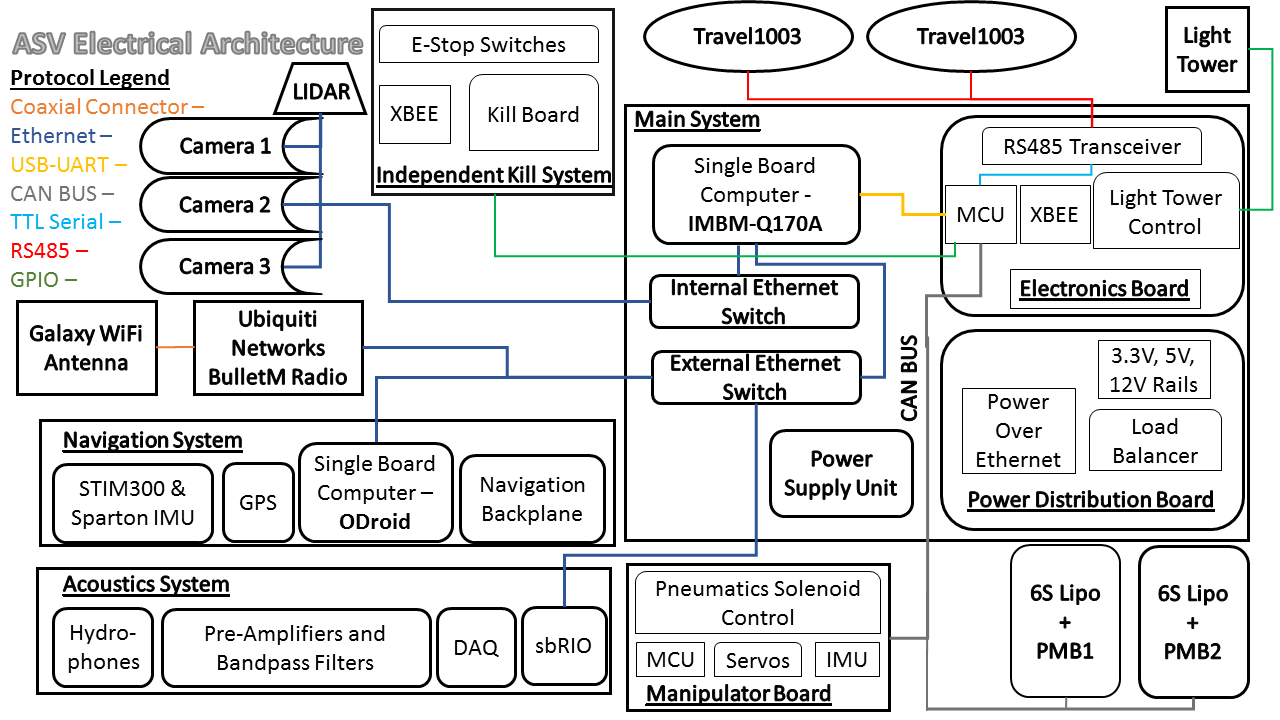 The BBASV electrical system features a COMBINATION OF commercial devices and custom printed circuit boards. With a large system of various hardware and components, a well-planned out electrical architecture is required to integrate them together.

An Operator Control Station (OCS) is developed for the ASV, for the user to retain manual control the vehicle, and data transfer from the ASV to other land terminals. It serves as a control link and a data link between the operator on shore and the vehicle. 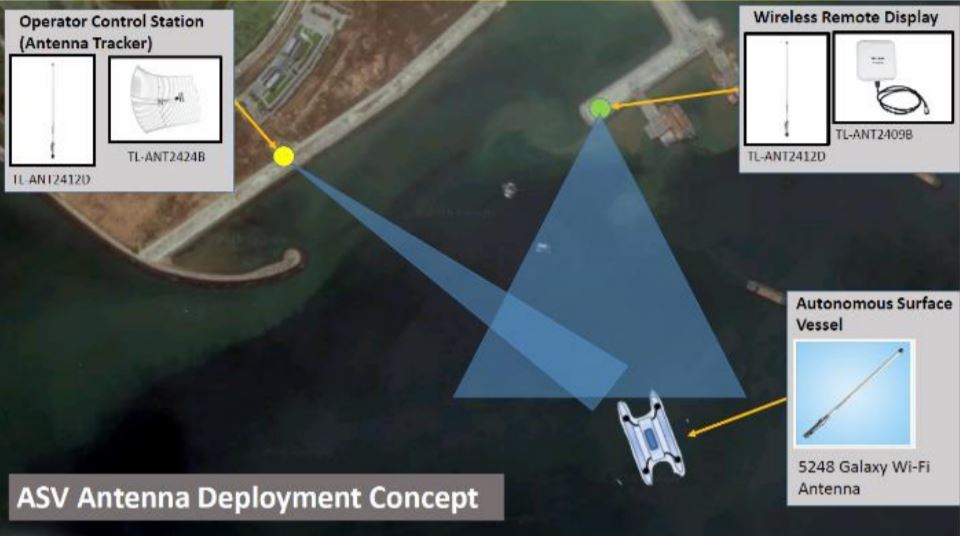 The propulsion system consists of two Torqeedo 1003S electric outboard motors. Each thruster is capable of 68 lbs of static thrust, which steers the ASV together using differential thrust.

The tiller which is usually used to control the thrusters were removed, and a microcontroller was introduced to interface with the thrusters' integrated on-board computer via RS485, using a library written to cater to the proprietary Torqeedo protocol. A separate relay is used to turn on and off the thrusters.

An EZ-LIGHT TL50BL Beacon Tower Light for outdoor applications is used as the visual indicator of the ASV’s vehicular state. Each mode is indicated using steady lights. 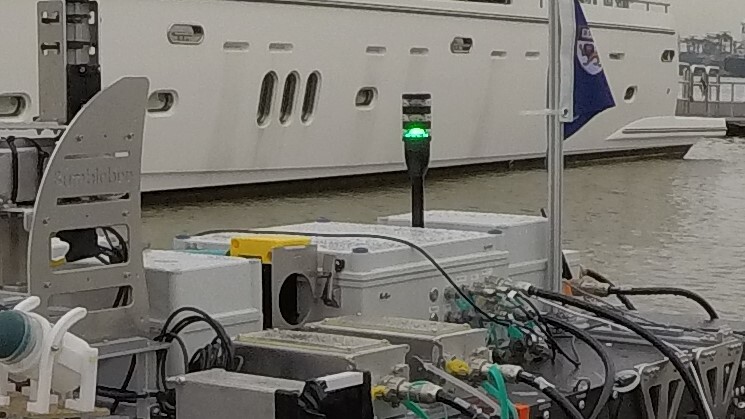 Four Teledyne Reson TC4013 hydrophones are used to receive signals from the pinger. Their compact size of 9.5mm in width allows them to be placed within a spacing of 1.5cm. A Custom built preamplifier and band pass filter along with NI boards process the signals that comes through.